I have finished the basket I was working on. It came out a little smaller than I thought but is still quite large at 12″x13″x13″ and I am very happy with it. The others I have made do not have very prominent feet (or ears).
I used a pattern from a book of Billie Ruth Suddith’s. She is one of North Carolina‘s best known weavers. She designed the original Carolina Snowflake but is also known for her cathead baskets.
A member of the Toe River Arts Council, Mrs. Suddith was one of about 40 artists who opened their studios to the general public 2 weeks ago. Getting to meet her was an honor.
Mrs. Suddith’s instructions for the cathead base are the clearest and most comprehensive I’ve come across and I was able to make very deep feet (or ears) which I have been wanting to do. Also is she uses a much smaller reed than I’ve seen in other patterns.

So on to the next project!
. 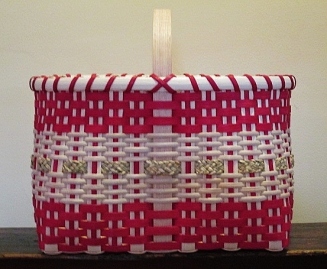 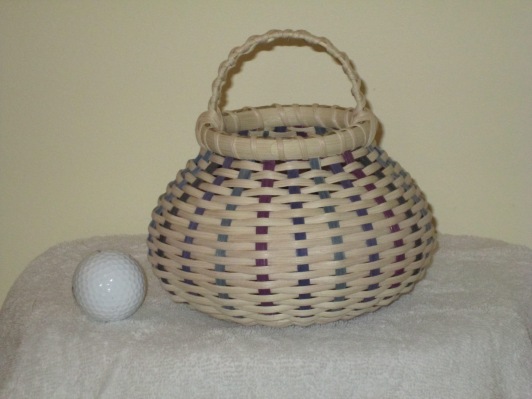